NeNe Leakes better watch her back. Some new housewives are taking over the south — and these women are hot.

The Hotwives of Orlando, that is. Paramount Digital Entertainment, the studio behind Burning Love, and Hulu are teaming up to produce the parody series starring Casey Wilson and Angela Kinsey. Comedian Paul Scheer likes to see himself as the Andy Cohen of it all, producing for Paramount with Jonathan Stern and even appearing on the show in a reunion episode. It’s no surprise to anyone who knows Scheer, who admits to being a diehard Housewife fan and watching the Bravo shows religiously with his wife. (For the record, Beverly Hills and Atlanta are his favorite cities.) “When I see something I really like, I want to do that,” Scheer tells EW. Scheer is no stranger to parody, having appeared on three seasons of NTSF:SD:SUV on Adult Swim and his “Arscheerio Paul” character, a send up to late-night host Arsenio Hall.

The inaugural season of Hotwives takes us inside the uber-exclusive and glamorous world of six hot housewives livin’ large in Central Florida’s sexiest city, Orlando.  The show follows a cast of ladies as they fight over pretty much everything except for their love of shoes, plastic surgery, and the pursuit of spending all of their husbands’ money. Scheer was inspired after seeing writers Danielle Schneider (who also appears on the show) and Donna Furman perform at the Upright Citizens Brigade theater in black turtlenecks, interpreting words from some of Bravo’s housewives into dramatic monologues. But Scheer is sure that people who aren’t familiar with the original show can enjoy these hot wives too. “It’s super funny. These characters are already so outlandish that when you add comedy to it, it makes it bigger. I don’t think it matters if you’re a fan or not. You will get it.”

Check out the show’s trailer exclusively on EW, below: 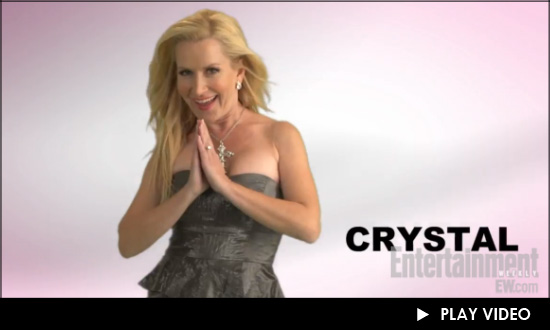 Orlando was picked as the show’s location because it’s “a perfect city that exemplifies trash,” Sheer says. In addition to Scheer, Wilson (Happy Endings), and Kinsey (The Office), the cast includes Kristen Schaal (Flight of the Conchords), Tymberlee Hill (Drunk History), and Andrea Savage (Step Brothers) with special appearances by Kate Walsh (Private Practice), Weird Al Yankovic (Tim and Eric Awesome Show, Great Job!), Joey McIntyre (The Heat), Stephen Tobolowsky (Glee), and many more. As for hopping on the streaming series bandwagon, Scheer is excited to be a part of the emerging trend, noting it took years for people to completely catch on to cable networks. “There’s been a change in the last year. In terms of pitching to a network, Hulu is no different than FX or Comedy Central. They are all the same.”

The show is almost a full-circle moment for Scheer, who credits himself with being a part of the Bravo housewife franchise history. Scheer and his wife were members of the first audience for Cohen’s late night show Watch What Happens Live! with guest Joan Rivers because a writer friend had invited them to the set. Scheer said he was enjoying himself so much and that the energy was so positive in the room, Cohen decided he would have an audience every night there after.

Scheer is now working on a new original project for ABC. But he knows where his heart will always lie. “Maybe one day, somebody will parody me.”

Jarvis in the elevator with Angela
PLAY VIDEO